Sale on canvas prints! Use code ABCXYZ at checkout for a special discount!

Failing with one thing, may offer a new opportunity

As I wrote in my title - Failing with one thing, may offer a new opportunity.

That was very true for me in the past, and it's happened again. As you might know, I started a book project in the middle of July, called “SelfisBook” on Indiegogo. Even though I was doing everything possible to make it a success, sadly I failed with the idea. Many people found it very interesting, and some people even joined my project with their selfies, but it wasn't enough to make the book a reality.

So, after a lots of thought, I have decided to turn my project around, and return to the original idea, which was to publish my own selfie book from my personal selfie collection, pictures I took over many years of my personal emotional journey, and how I recorded the changes in myself. I believe it will be an interesting book for others, to see an artist’s self-exploration.

Here is the updated version of my book project:
When I was thinking about publishing my own self-portrait book, I was worried about how people would react to it; and I wasn't sure if anyone would find it interesting to see only me in the book. Because I am just a regular person, and not a photo model, and I am not considering myself a pretty person either.
That’s what made me think of a collective selfie book, where people can participate; and I still think that idea was great, but with a lack of publicity I never got to publish it....maybe one day I will return to that project, as I haven't given up on the idea yet!

So, going back to the current updated project:
Over this past weeks, when I was telling/writing people about my idea for the book, and explaining the reasons why I took so many selfies over the past years, I got a lot of interest even from professionals (my therapist too). When I was messaging on Facebook with Bryan Rider a couple of days ago, he was asking my reasons to start the project (as I was asking his help about how to make the collective selfie book to be seen by more people), and his questions made me think about my original reasons for taking selfies. So, after much thought, I have decided to publish my own book.

And the other, less important, factor was to bring back my original project idea is:
I sent Kim Kardashian a Tweet a few days after I started my project. At that time the title was called "SelfisBook", but I changed it on the July 26th. After a few message exchanges with Shawn on Facebook (who also helped me a lot, and encouraged me that my book is a good idea. Thank you Shawn). To make the title easier for people to understand, I've changed it "SelfiesBook".

So, I messaged her and other celebrities that night. But in the morning I felt kind of embarrassed to tweet Kim, so I deleted that tweet and a few others, too. I guess if Twitter really wants to help me, they can recover it, so I can prove I informed her about my book project at that time. But a few days later, I read in the news about Kim's "idea" of publishing a selfie book – which made me very upset, to see how her intentions are to get published, just because she is a celebrity. I believe she got the idea from my project, as that time my book title was spelled in the very similar way, she only put a "h" on the end, creating “Selfish Book.”

So, I was thinking, if she can publish a book of herself, just to display her "assets", I can publish my own collection, which some people may find interesting and associate with my experiences; or that maybe even can help them, at some level, to better understand themselves.

Here is the updated version of my book project: 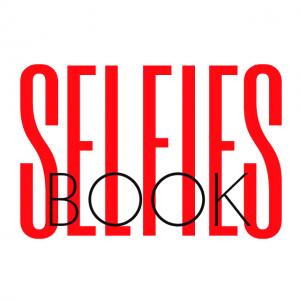 I've started a project on Indiegogo about publishing the 1st book about selfies (self-portraits).
The book title will be; SelfiesBook

"Nearly every day I hear about selfies and see them in the media. Admittedly, I have also taken photographs of myself over the last three years, recording the changes of my facial expression, and how my changing circumstances made me look different. The recent media attention to selfies -- some saying it's narcissism while others explain it as self-exploration -- caused me to think about the various human motivations of myself and others who practice this new form of self-portrait.

I would like to explore this topic through the creation of a photo book of selfies."

...read more and how to join this great art & self-exploration project, click on the link.